Last year I did a roundup of our first charter season so I thought I would briefly follow up again this year.

Disclaimer: I am a notorious “rounder” of numbers and the most incompetent accountant I know. None of this is intended to provide any more than a reasonably forthright account of how I view our financial outcomes. Your mileage, as they say, may vary.

We originally booked Never for Ever for ourselves for all of April, May and June but a late booking was requested for mid-June which we agreed on. So we boarded our boat on April 20 and had it back in Nanaimo for her first charter by June 16.

I did return to the boat in October for a short week-long cruise with some friends, so all in all we used the boat for a total of ten and a half weeks. 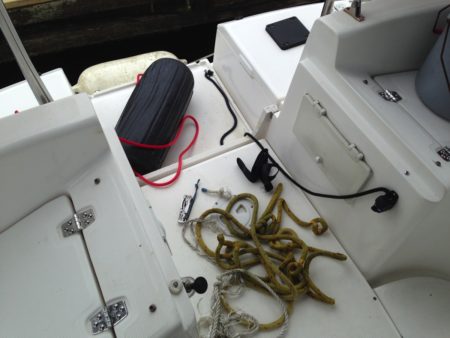 The boat was in good shape when we showed up in April. The canvas over the arch hadn’t been removed (by agreement and due to poor design) over the winter so it was pretty cruddy. A bunch of the kitchenware had changed or been substituted and one of the winch handles was missing (which NYCSS promptly replaced). The only major irritant (and it was pretty minor) was our perfectly-sized dish rack was missing. It took us a month to find another — so the new one went into storage at the end of our season.

The dinghy painter was worn out so I replaced it and also replaced a few of the lines on fenders. We also had to hunt for a few things like the regulator knob off the BBQ and some of the canvas panels for the enclosure. All that stuff had been stripped and stored for the winter. There is more on this in my previous post called Whose Boat Is It?

Overall we had the same number of weeks chartered as 2016 and basically the same revenue. The big difference this year was in costs.

The costs were up almost  $8000 from last year. There were 3 major factors: I had the windlass rebuilt over the winter as the seal had corroded and it was leaking into the vberth; I replaced the chain  and I had that little incident with running over the dinghy painter and wrecking my motor mounts. That last little screwup cost me over $4000 and any hope of breaking even. 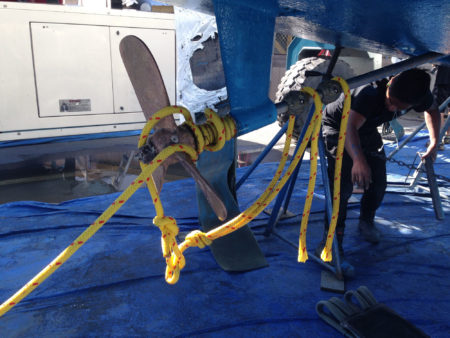 After it was all counted and totted up, I wrote out a a pretty hefty cheque. I have to admit it hurt a little bit since we weren’t expecting it. But then again I guess we got 10 weeks of sailing for less than $500/week so I really shouldn’t complain.

We’ve already got 2 weeks booked for 2018 (one is at the end of May, which is a bummer). I don’t know how much we will get out this year as we are currently considering a series of shorter trips rather than one, big, long one. But so far there has been no talk of selling the boat (except when I start dreaming of a new one) and for us, putting the boat in charter has definitely been a good decision. 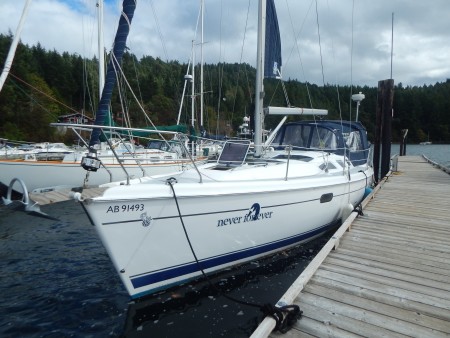 s/v Never for Ever

Relative beginners, we spent a year of adventure and renewal in the glorious PNW living and traveling aboard our sailboat.

Want to read from the beginning?

Read all posts from the oldest to newest!